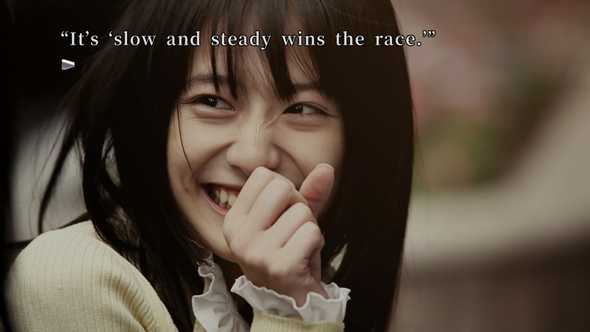 Heralded as one of the few games to receive the perfect 40/40 from Japanese magazine Famitsu, 428 has a unique and interesting history that starts before it came out that makes it what it is. 428 bucks convention and trend to create the best possible visual novel story experience in nearly the best possible way .

To start this mini history lesson, we start by explaining Spike Chunsoft and Sound Novels as a whole: In the early 90s, Spike Chunsoft, which was known just as Chunsoft back then, created the very first Sound Novel, Otogirisou. Otogirisou was fairly different from the adventure games at the time thanks to Chunsoft’s decision to emphasize reading and music, hence the name Sound Novel .

Later this genre would catch on thanks to games like Banshee’s Last Cry which popularized the genre in 1994, but not under the name sound novel - these games would be known here in the west as visual novels. That didn’t stop Chunsoft however: they continued to release their sound novels in this traditional manner that they originated, even as the rest of the Visual Novel industry moved on from the NVL(novel) to ADV(adventure) style, and didn’t really care much about the music .

Chunsoft continued to buck the trend even further in 1998 when they released the cult classic and spiritual predecessor to 428, Machi. Machi, which literally translates to City, used live actors and photographs to create a unique VN experience. With the NVL style, photographic presentation and parallel storytelling, Machi was incredibly unique and is a cult classic among Japanese gamers, being extremely well received. Back in 2006, Famitsu did a poll on JP gamers asking what they thought was the top 100 games of all time, Machi was 5. fans yearned for a sequel...

..and here we are with 428! Released on the Wii in 2009, 11 years after Machi, 428 is/was Machi on crack. Tripling the number of bad ends, filling the game to with a ton of machi references, and cranking up production values, 428 was a critical success and was the 9th game and only Visual Novel to hit a perfect score on Famitsu. Fun facts about 428 - The VN had a bonus chapter called Canaan written by Type-Moon’s Kinoko Nasu. Said bonus chapter actually got an anime, and my review for said anime is here. If I ever get the time, I might update that review with a comparison of the VN chapter, but busy with school ; -;... Another fun fact, Director Jirou Ishii after 428 went on to be the producer for 999: Nine Hours, Nine Persons, Nine Doors, and created the concept for the Under The Dog Kickstarter anime.

Thanks for joining me on this little tour through the Spike Chunsoft history that lead to 428! If you want thoughts on said VN, check out my review here, and let me know your thoughts on 428 and this history article in the comments. Thank you very much. :)

There’s nothing quite like 428 Shibuya Scramble. It’s been a long time since I first learned about…