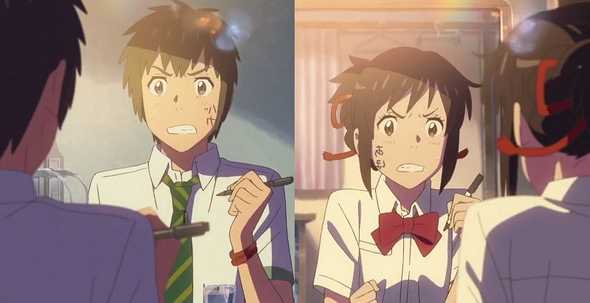 When talking about the influences of the experience in an anime, we rarely discuss the impacts of voice acting. Everyone talks about subs vs dubs, or the quality of dubs themselves, but rarely do we discuss how these things add to our enjoyment of a show. Today, I’d like to talk about Kimi no Na wa/Your Name, a great case of how choices in voice acting can shape your experiences: it’s a fantastic movie with two equally as great voice overs, but the different direction in how the lines were presented drastically impacts the experience.

Note: This article is specifically looking at the voice acting of Kimi no Na wa/Your Name. If you want more general thoughts, check out the AniTAY Review.

Also, this article tries to avoid spoilers, but still includes minor spoilers. If you’re trying to figure out which one to watch and don’t have any preferences, skip to the end where there’s a TL;DR.

The goals of voice acting are the same as any other performance: they aim to make you love characters, aim to make the work feel all that more alive, aim to make those moments in a work all that much more compelling, etc. While you may have preconceived notations on if sub or dub is better based on the impacts of things like how subtitles impact your experience or how things should be experienced in their native language, this article is ignoring those, taking a comparison at the performances themselves, not if subs or dubs as concepts are better. I personally do not care either way, and with Kimi no Na wa, I find that both of these do what a great performance should do, just in different ways. They take different approaches to how characters should be represented, how scenes should be executed, and these different approaches give the movie a completely different feel in different parts.

If you asked me, the differences all stem from the notion of what an anime is. In Japan, while there are preconceived notions of anime, those are much less than we have here in the west; anime just is in Japan. Anime in japan can apply to much more than what we see as anime, being anything animated. In the west, we see anime as something inherently foreign, anime that fits into the styles that we all know and love. As such, we tend to apply the tropes and archetypes that we see in anime itself to the definition of anime itself, making anime something that is ever-changing. A side effect of this is we perceive Anime is inherently *animated* here, larger than life and amped up, being able to do things otherwise impossible in a normal TV show, or even in other cartoons. You can see this in the way we adapt things from the otakuverse (video games, light novels, visual novels, anime, etc): we tend to exaggerate them a bit, because of the effects that our perception has on them. Just look at works like Ace Academy or countless cheesy anime dubs to se this.

With Kimi no Na wa/Your Name, the dub is anime, the sub just is... and this isn’t inherently a bad thing. Kimi no Na wa/Your Name is a very animated film, one with many comedic elements and heartfelt emotions, and the way the dub executes them is an uplifting performance that is truly to behold. The dub is true to the presentation, acting out how we perceive the visuals, and anime itself. Reactions match the animated expressions on screen, matching the emotion that the characters display to the audience. This means the dub enhances many moments with strong emotion like the comedy bits in the first half, and it makes the audience comfortable with the roles that have and making the work feel very similar to other romantic comedies one may have seen. Of course, there is some part of it that is trying to match the Japanese performance, but it takes its own spin on the movie, making the dub an engaging and worthwhile experience with it’s own identity.

The sub however, does not make a performance, it just acts. The Japanese voice cast doesn’t try to mold their performance into the style of anime and is solely focused on representing the characters as natural as possible. Of course, there are many elements in this movie that would be near impossible to implement in a live action, but the voice acting wouldn’t be an indicator of that. The effect of this is that the Japanese voice acting is a lot more subdued than it’s English counterpart, with more muted reactions than the English counterpart. While the core of the comedy still shines, the comedy doesn’t come nearly as much from the voice acting itself as it does only from the source itself.

The benefit of this is when Kimi no Na wa/Your Name takes a more traditional Shinkai approach to storytelling, the voice acting serves to enhance the rest of the story instead of trying to lead the way, letting the more somber atmosphere of the story itself take change. I feel like this is the better approach for a story like this, as the sub can allow for some truly ethereal moments that you simply cannot find in other interpretations of the story. Also, I’d argue that the more genuine voice acting also makes the more heartfelt moments later on in the story feel all that more compelling and genuine, because we spent the rest of the story seeing them more as people than the characters the dub may portray.

That being said, there are many parts to this work where the dub did shine, and neither of the voiceovers are bad. If you are looking for an enjoyable experience first and foremost, the dub is definitely the way to go.A huge problem with Shinkai films in the past was that it was very hard to get attached to the characters, the dub makes it easier than ever to care about them, by making them much more enjoyable to watch. I was laughing a lot harder in the dub, and so was the audience in the theatre I was in when I was watching the dub, simply because of the amazing performances that were put on display. Because of the more inviting nature, this is the better version to show to people who are just looking for an enjoyable work, instead of someone looking to be truly wowed.

Either way, these voice overs take a significantly different approach to the same story, and show how voice acting can change your experience. They show how voice acting can impact atmosphere and tone, impact how you perceive the characters, and can directly impact how you enjoy specific scenes themselves. The directing of the voiceovers is another way of influencing the direction of a movie, and the different voiceovers Kimi no Na wa/Your Name is a shining example of how this is done. 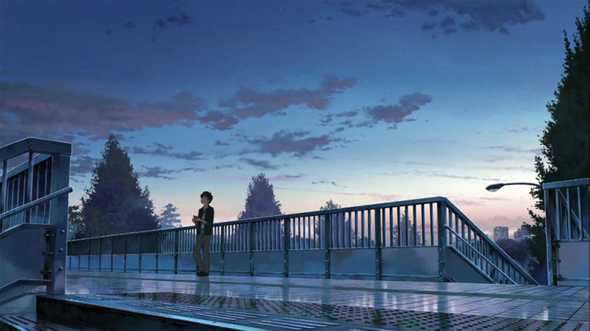 TL;DR: The dub is more enjoyable and better early on, but the sub is more realistic and better in the second half. Both are great though. It’s just that the way they handle the voice acting enhance specific scenes, and I prefer the focus the sub has.

You’re reading Ani-TAY, the anime-focused portion of Kotaku’s community-run blog, Talk Amongst Yourselves. Ani-TAY is a non-professional blog whose writers love everything anime related. Click here to check us out